We have reached a big milestone having completed the first Gradual Learning round of the General AI Challenge. Firstly, I would like to say a huge thank you to everyone involved in the round: all participants, our jury and advisors, our 15 main partners (see below) and everyone who helped.

The first round of the Challenge asked participants to create AI agents capable of gradual learning (building new knowledge on top of previously learned skills and reapplying existing skills to learn how to solve new problems more efficiently), one of the keys to solving general AI.

We had over 500 people from 56 countries registered for the 1st round of the General AI Challenge from February till August 2017, and we received 13 submissions competing for the main, quantitative prize (“best gradually learning AI agent”) and for the qualitative (“best idea”) prize.

To compete for quantitative prize, AI agents had to pass an evaluation curriculum of tasks, that we designed specifically to test the gradual learning capability. Since none of the submitted AI agents were able to solve the entire evaluation curriculum, and the jury concluded that more work is required to demonstrate future potential of submitted designs, the jury chose no winner.

However, to encourage further work on gradual learning and to reward the participants for their considerable efforts, we decided to split the 2nd prize in “best idea” category ($7000) among the four finalists. Four shortlisted solutions were closely comparable, but the finalist who received most points from the judges was also awarded a GEFORCE GTX 1080 GPU - the special prize from our Challenge partner NVIDIA.

You can see our full evaluation process and results here

I was particularly impressed at the diversity on display and the determination of our participants. The top four awarded finalists, as chosen by our jury, are:

Dan Barry: A former NASA astronaut and a veteran of three space flights, four spacewalks and two trips to the International Space Station. He retired from NASA in 2005 and started his own company, Denbar Robotics, that focuses on smart robots and artificial intelligence interfaces, concentrating on assistive devices for people with disabilities. In 2011 he co-founded Fellow Robots, a company that provides robots for retail settings. He has ten patents, over 50 articles in scientific journals and has served on two scientific journal editorial boards.

Andrés del Campo Novales: AI hobbyist passionate about the idea of a general AI. He is a Software Engineer with 15 years of professional experience. He has been working for Microsoft in Denmark for the last 11 years in business applications. Andrés studied computer science & engineering at Córdoba and Málaga. He created a chatbot that could learn conversation patterns, context and numerical systems.

Andreas Ipp: Andreas Ipp works as a research fellow at the TU Wien where he obtained his habilitation in the field of theoretical physics. His current research is focused on simulating the production of the quark-gluon plasma in heavy ion colliders like the LHC in CERN. After obtaining his PhD, he had postdoctoral fellow positions in Italy and at the Max Planck Institute in Germany. Since his return to TU Wien, he is involved in teaching activities, including lecturing on quantum electrodynamics. Apart from his scientific achievements, he founded the choir of the TU Wien a few years ago, which successfully participates at international choir competitions.


It’s great to see our participants coming from such different walks of life and I wonder if Dan Barry has every played our Space Engineers! :-)

I was also inspired by the passion of our participants. Andrés del Campo Novales only learnt about the competition a couple of months ago. However, this didn’t stop him putting in over 150 hours during the weekend and in the evenings.

We have listened to the feedback from participants, and eagerness of our finalists to continue their work and improve on the quantitative challenge. Therefore, we have decided we will continue the gradual learning round of the Challenge in 2018.

In the meantime you can get involved in the second round of the General AI Challenge which will launch in November 2017 and will focus on AI Race avoidance. With the increasing rate of progress made in the AI field, developers might race towards being the first to achieve general AI and might neglect either safety procedures or agreements with other stakeholders for the sake of first mover advantage. Participants will be asked to come up with a proposal of what practical steps can be taken to avoid the pitfalls of the AI race and advance the development of beneficial general AI.

Personal bio: Marek Rosa is the CEO and CTO of GoodAI, a general artificial intelligence R&D company, and the CEO and founder of Keen Software House, an independent game development studio best known for their best-seller Space Engineers (2mil+ copies sold). Both companies are based in Prague, Czech Republic. Marek has been interested in artificial intelligence since childhood. Marek started his career as a programmer but later transitioned to a leadership role. After the success of the Keen Software House titles, Marek was able to personally fund GoodAI, his new general AI research company building human-level artificial intelligence, with $10mil. GoodAI started in January 2014 and has grown to an international team of 20 researchers. 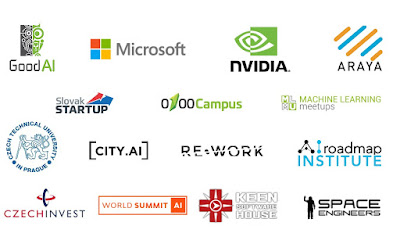