It’s time for another major update! Coincidentally, it’s also the fifth anniversary of Space Engineers being released in Early Access! A MASSIVE thank you to everyone who has supported us since we launched the game and welcome to all of the new Engineers.

I’m happy to share a lot of exciting news and updates about several things we’ve been working on during the past three months. This update is much bigger than I expected and is focusing on better player experience and it’s also addressing a lot of requests we received from you, our great community! Without any further delay, here are the things we’re bringing you.

Space Engineers is a very complex game, and we understand that it can be quite difficult for new players to learn how to play it. To smooth this learning curve, we’ve worked on the new in-game help and contextual text which explain basic functionality, features and provides descriptions about blocks and tools. For example, after a new player selects a block for the first time, in-game help text will appear on the screen via Good.bot, and teach the player the basics of building. Once the player has successfully completed these basic building tasks, the in-game help text will disappear. We have designed more than 30 simple objectives. Additionally, players will be able to access in-game help in multiplayer by asking Good.bot questions through typed messages. I hope you will find it useful and easy to use, as we’re trying to make Space Engineers more enjoyable for everyone. 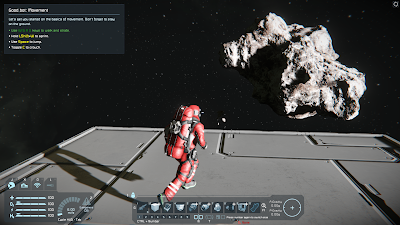 The reason we are adding in-game help now is due to the fact we wanted to make sure that the game features are finished, fully tested and fine-tuned before we start adding in-game help for them. It also takes time to align features into our long-term vision for Space Engineers, because as you know, we change things here and there from time to time :) And the in-game help was one of the steps that needed to happen once we were happy with what we have in the game.

Airtightness has been the top voted and the most frequently discussed feature at our Space Engineers support site. With several additions, performance improvements and adjustments to this feature, we are making it an official, fully developed, tested and optimized part of the game. With that, we are of course moving it out of the experimental mode. 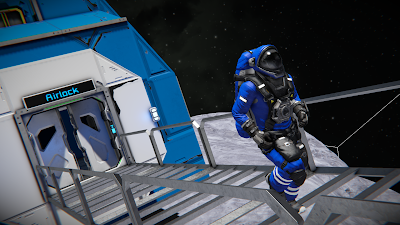 We also introduce some small features and rebalances to complement the renewed airtightness.


Your suit oxygen will now automatically refill whenever you are in oxygenated environment. This means that your suit will replenish oxygen when the player enters a pressurized environment or while dwelling on a planet with a breathable atmosphere.

This was done to give more incentives to preparation, building pressurized environments and to generally let oxygen be a more significant and exciting game play element then it used to be.

Another feature we are adding into the game are naturally generated asteroid clusters, which were part of our game roadmap! Asteroids will now spawn either as lone asteroids or together in clusters. This was done to get more varied results and create unique environments for players to explore and settle in. We are adding more than 100 types of asteroids. Fractal generated asteroids have been replaced with prefab asteroids, which go through a add / subtract merge generator to alter their shapes by creating caverns and adding debris. 51 new prefab asteroids have been added to ensure variety and many asteroids are now riddled with naturally occurring caves and tunnels.

New asteroids are implemented for all new games since the release date. Old, saved games will not have this feature enabled. 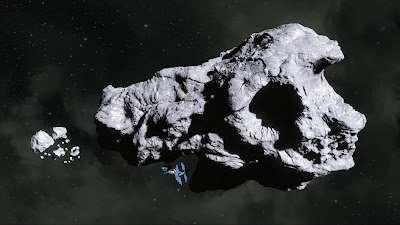 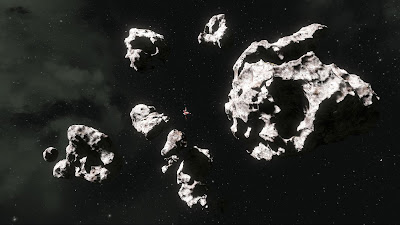 We’d like to welcome our new AI friend, Good.bot to Space Engineers! Good.bot will help with answering basic questions about the game, such as queries regarding blocks, tools, resources and movement in Space Engineers. We have fine-tuned Good.bot’s knowledge of the game and we will continue to improve its ability to help answer players’ questions and offer hints and tips to make them proficient Engineers. We hope that this will improve your overall experience with Space Engineers.

We have reworked the functionality of relative inertial dampeners. Now, with the updated relative dampeners, you will keep the same speed as the speed of the moving grid you’re connected to. This helps especially in cases when you’re working on a moving ship, or an asteroid, so you don’t need to manually adjust your dampeners.

Other new features to check out

Support for Mods bigger than 2GB: in cooperation with one of our very active modders, Sektan, we have changed the size of the mods which can be downloaded from the Steam Workshop. Now you can enjoy huge worlds and creations which were not possible to be downloaded before. This also opens the doors for all moders to unleash their creativity and upload crazy things currently gathering dust in their drawers :)

I have already mentioned our plans in the Multiplayer overhaul blog post and I will repeat it here. With this release - we have updated the game to be more accessible for new and existing players (user intuitiveness). The next release for Space Engineers is going to focus on balancing and consolidating various game systems (how you respawn, resources, etc). We still believe there can be other things accomplished, but this is only the beginning of our work in this area.

Space Engineers has been in early access for five years now; we know it’s time to get the game out. We are very close. We want to make sure that the game will be fantastic when it goes out of early access.

As Space Engineers nears the completion of its first installment, we are focusing on polishing, optimizing and fixing existing features.

This first installment of Space Engineers was always about bringing up the building blocks in order to lay down the structure for physical volumetric engineering in an open world and open ended setting - player sets his/her own challenges and objectives. We are basically there. The next steps that will come in future installments, will focus on other aspects of gameplay, new game modes, new challenges and objectives, as well as pushing the technology further.

In the long-term, we plan to extend the game and the whole engineering genre into new pioneering directions - just like we did in October 2013 and since then. However, this is still far off and too soon to talk about it now.

If you have any questions or requests, please do not hesitate to contact us. We will do our best to solve your issues. Our Community Manager, Jesse Baule, will address all your questions and comments as quickly as possible. Feel free to use our support portal: https://support.keenswh.com/

The same as with many our previous major releases, I am super happy with the work our team has done and super excited to share it with you all!


I would like to thank everyone who stood with us patiently for all these years, who kept supporting Space Engineers, who helped with public tests, modders, YouTubers, people running their dedicated servers, people creating new content, people who helped other players to get into Space Engineers and people who believed in our team.

Thank you for reading and we look forward to hearing your feedback on this update. For full list of new features and improvements continue to the full update changelog.

We would be also very happy if you can submit your feedback at our Space Engineers Steam store page and encourage us to do better. We welcome both positive and negative comments, as it helps us to create a better game for you!

Personal bio:
Marek Rosa is the CEO and CTO of GoodAI, a general artificial intelligence R&D company, and the CEO and founder of Keen Software House, an independent game development studio best known for their best-seller Space Engineers (2.5mil+ copies sold). Both companies are based in Prague, Czech Republic.

At this time, Marek is developing both Space Engineers and Medieval Engineers, as well as daily research and development on recursive self-improvement based general AI architecture.
Posted by Marek Rosa at 5:37 PM 7 comments: