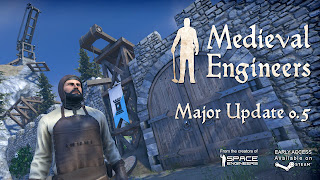 Medieval Engineers is back with a major new update! In this update we are focusing on making the game more enjoyable to play.

We have created new animations for picking things up and placing ropes. Picking up items is also accompanied by a small particle effect. We rewrote how every tool works, making it a more consistent experience, and providing more immediate feedback to the player. 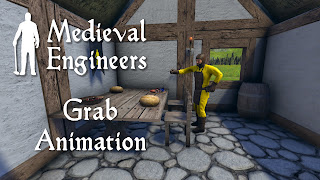 By improving the font the menus become more readable, and we improved the flow on most GUI making it a lot easier to work with. All of the key-binds have been redesigned and you are now able to configure the game in any way you want! All of this is made easier by contextual hints and action icons that make playing more intuitive than ever. Finally, we are introducing the new shovel tool, providing a fun and easy way to modify voxels in exciting ways! 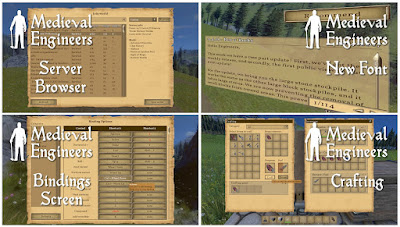 The shovel tools allow engineers to dig up dirt and then put it back down anywhere they want. Using landscaping stakes, engineers can rope off an area of ground and use the shovel to level the ground in that area. All of this is made easier by contextual hints and action icons that make playing more intuitive than ever.

Medieval Engineers continues to smash through barriers to modding by allowing modders to create their own entity components. This means that modders will be able to program behaviors for anything in the world in exactly the same way we do. Not only does this make total conversion mods possible but it means the sky is the limit for creating new content, new behaviors, and completely new features! 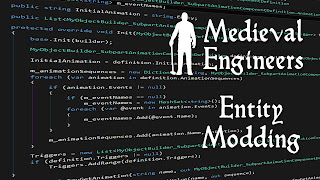 Finally, we’ve made lots of small optimizations to help improve the performance of the game!

As always; we are leaving the last version of 0.4, 0.4.20, as a historical branch, forever available as a separate branch. This will be your fail-safe way to update your older saves for the newer version of the game.

GoodAI started in January 2014 and has grown to an international team of 20 researchers.
Posted by Marek Rosa at 8:23 PM 3 comments: