It’s time for another major update. We have been very busy since the release of Space Engineers from Early Access and the Major Overhaul of Survival update. For our last update, we added Customizable LCD screens, the Replay Tool, Steam Badges, Backgrounds and Trading Cards, Three New Music Tracks for the Deluxe Edition, as well as many bug fixes and optimizations for Space Engineers. Additionally,  the Decorative pack was released in early April this year, as well as a minor update which included some work we did to make the Decorative Pack usable by all players.
Today we are launching another pack of exciting things for the game. So without any further delay, let’s look at the content we have prepared for you.

We continued working on the game improvements and in this update we focused on the Build Planner, Small Grid Cryo Pod and on customizable game elements, such as skins, emotes and armor skins.
We decided to keep the same approach to this update, being that if you decide to not buy the Style Pack, you are still getting a free update from us!

This gives you the opportunity to enjoy new things, but also the chance to support the further development of Space Engineers, if you are willing to do so.


The content featured in this update is split into a free content and paid content. All players will get the Build Planner, Small Grid Cryo Pod, Clean Armor Skin and all the bug fixes, as well as the small changes as specified in the changelog for free.

We will host a livestream where we will review and present the content of this release. We’ll also answer your questions and comments. Tune into the Keen Community Network or the Space Engineers YouTube channel on Thursday, June 6, 5PM UTC.

The Build Planner feature allows players to create a list of blocks or components, which can be automatically transferred into their inventory. It significantly simplifies the gameplay and we are sure that you will appreciate it. Special thanks to one of our top community members DraygoKorvan, for the inspiration to create this Build Planner.

The Small Grid Cryo Pod is one of the blocks that has been requested a lot by our players, but also the one we promised to bring to the game some time ago. The Small Grid Cryo Pod will allow players to build small ships, vehicles and other creations that contain this block, which acts as a save point for Space Engineers, and is therefore much more efficient from an engineering perspective. For example, a player could build a drop pod for his/her fellow engineers which features Small Grid Cryo Pod and land near an enemy base in an offensive operation. I’m very happy to confirm that this block is now in the game and everyone will get it for free.

This release also brings the Armor Skins into the game for the first time. The armor skins let you personalize your ships, stations, vehicles and all other creations. The Clean Armor skin is now available to all players for free. The customization offered by these new armor skins are immense, as players can tailor their creations as they see fit. For example, a player could paint one section of his/her spaceship with the Clean Armor skin while also applying different colour schemes and patterns to other grids. Additionally, if players decide to purchase the Armor Skins included in the Style Pack, they will also be able to utilize the Carbon Fiber and Digital Camouflage Armor Skins for their creations; more information on the Carbon Fiber and Digital Camouflage Armor Skins in the next section of this blog. 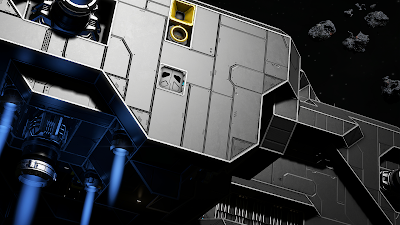 
For players who wish to support the further development of Space Engineers, we have created a Style Pack which consists of two character skins, four character emotes and two armor skins.

For all those who remember the Ghost skin being available for purchase for $4.99 back in October 2017, we decided to set the price of the entire package (Style pack) to $5.99USD, or your regional Steam equivalent. You can purchase the Style Pack here.

We’ll be more than happy if you will send us the screenshots of how you used the items from the pack in the game. We will post the most creative ones on our social media. 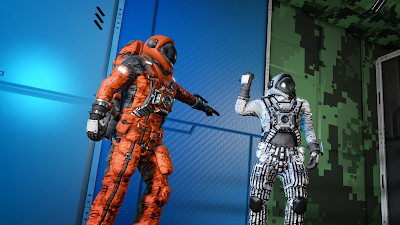 This sleek armor skin is designed for spaceships and other vehicles operating in high temperatures; its cool factor is also off the charts. 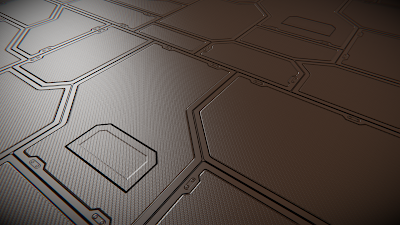 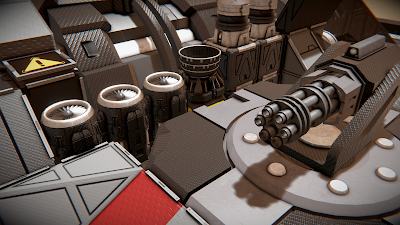 Some missions require the element of surprise and concealment, making the Camo Armor Skin well-suited for ambushing hostile forces. It also adds a dominant look to your creations. Use it to signal your power to your opponents. 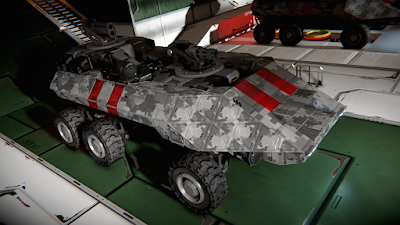 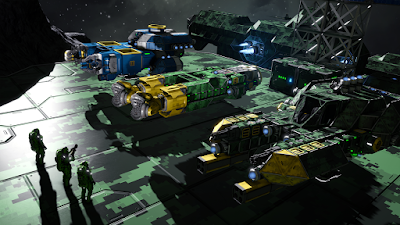 Whether you’re hosting a party for your fellow engineers or you’re about to attack an enemy base, you’ll be dressed perfectly for any occasion in this suit. 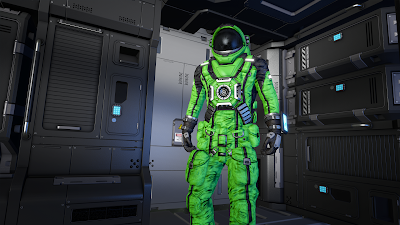 Inspired by the apparel worn by the famous intergalactic TV chef on “Cooking with Clang”, this suit is ideal for barbecuing or preparing meals in the kitchen. 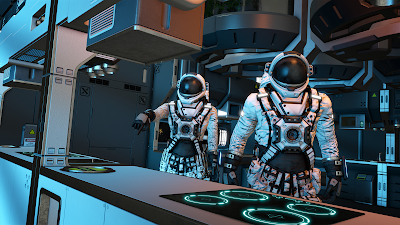 With this release, we are also bringing two new character skins to the game: NextGen and Fiber. Both character skins are only decorative and you can buy them in the Steam Item Store. The price will be set to $3.99USD per skin set. 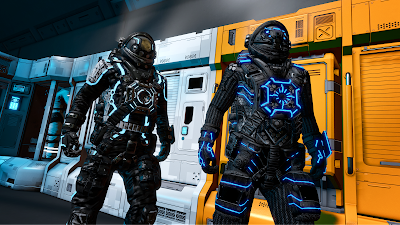 "The continued support and development for Space Engineers brings me great delight. I can't wait to see what Keen Software House will bring to the table next.”

“Since the days of directx9 and Virakotxa's amazing gesture pack we've only had a few mods that have worked to fill the void it left, first Ghost416 and more recently Zeej have done a great job. I'm really excited that Keen are adding more themselves though, as I can never get enough variety especially when I want to create some scripted machinima.”

“I’m excited to see Space Engineers incorporate a much loved community mod as an official feature of the game.”


Q: Why are the two individual character skins not included in the Style Pack?
A: The reason for not having these individual skins to be part of the Style Pack is because these  two specific skins were developed separately from the Style Pack. As these two skins are unique, we wanted to give players the opportunity to buy them individually in case some people do not want to buy the entire pack. We also want to see if players are more interested in packs compared to individual items or perhaps both.

Q: Why did you increase the price of the Style Pack compared to the Decorative Pack?
A: The complexity and technical requirements are different for these two packs. We spent much more time working on the Style Pack than on the Decorative Pack. The Decorative Pack was also the first DLC we released after Space Engineers moved out of Early Access and it showed us that many members of our community are willing to support us. Therefore, we invested more time and effort to bring some game changing things to Space Engineers now and we plan to continue this for upcoming releases. Another reason is that we wanted to give the Decorative Pack to as many players as possible, and a reduced price definitely helps :)

Q: Can we expect that the next DLC will be even more expensive?
A: I would not generalize it this way. The price of the DLC is based on the complexity of the content in the DLC.

Q: When we can expect the next update?
A: The next update is expected to be released similarly to this one, so somewhere between one to two months.

Q: What will be the content of the next update?
A: I do not want to spoil the surprise, but it’ll be a game changer that will give players a better system for cooperation, as well as certain levels of tasks and goals, which can be managed by themselves.

News About the Space Engineers Xbox One Version


We are receiving a lot of requests and questions about the Space Engineers Xbox One version. Check out these videos below to see some of the progress that’s been made on this project :)


This is the first Space Engineers Xbox One gameplay video ever :) 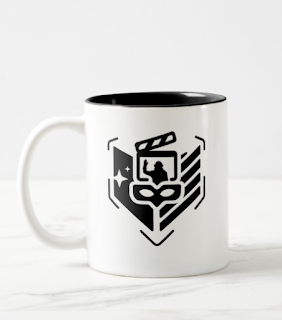 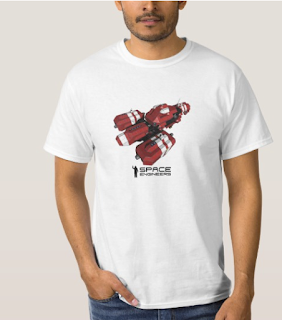 
We had some amazing submissions for this year’s Video Competition, which featured videos created by our talented community and voted on by our ever-growing fans. Watching these entries with the Space Engineers Team was a highlight of this year for me, and I would like to thank everyone who entered the competition and those who voted on these fantastic community creations.

Best thing about these videos is that I myself contributed only by starting Space Engineers, and developing it over the years, but the videos were created by the community. Something I couldn’t have done myself. You people are taking Space Engineers to places that I wouldn’t have thought of.

There are many talented filmmakers in our community!
I encourage you all to watch the entries (27 official and 1 unnofficial) on the Space Engineers YouTube channel.

Our community continues to inspire us and we hope we continue to inspire them.


This is the second major update being released after the game moved out of Early Access. Our focus is on bringing you new features and decoratives, so you can enjoy the game even more. Our team really enjoyed working on this update, because all of the work was based on our community’s feedback. I hope you’ll also enjoy all of the new things in Space Engineers.

Looking at our upcoming plans, I can say that we are going to work on another update, but with a bigger impact on the gameplay. I’ll repeat myself saying, that we want to bring you more things you asked for in the past, such as new skins, new weapons, new economy system etc., and we want to do it in a way that won’t split the community and where paying is optional and only for those who want to support further development of Space Engineers.

At this time, Marek is developing both Space Engineers and Medieval Engineers, as well as daily research and development on recursive self-improvement based general AI architecture.
Posted by Marek Rosa at 7:19 PM