Space Engineers, developed on PC, has sold more than 4 million copies and reached a worldwide audience. Now, almost two years after the successful release of Space Engineers on Xbox we are looking forward to another release. We want every engineer to be able to play on their platform of choice.

Keen Software House will be joining forces with Sony to deliver Space Engineers to PlayStation in 2023.

We feel very fortunate to have this opportunity to share our “Need to Create” and cannot wait to see what new creations are realized with this release.

As of today, Space Engineers are available to wishlist on PlayStation store.

Early next year, we will start the preorder and we will be releasing the Founder’s pack Beta, which will include the latest DLC package for free for all who pre-ordered. The Beta pack will be focusing on polishing and bug fixing the game before the final release.

Once we are happy with the status of the beta version, we will be releasing the final release.

Of course, you very likely have many questions. We have compiled a list of some of the most anticipated topics and answers. While we cannot cover every topic or every possible inquiry, we wanted to cover the most common topics and feature requests. 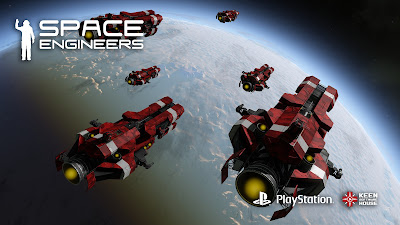 What’s inside the PlayStation version?

We strived to bring all of the key features from the PC version to the PlayStation.

However, these are the main differences:

We are committed to bring all the future updates and DLCs to the PlayStation version of Space Engineer simultaneously with other platforms. 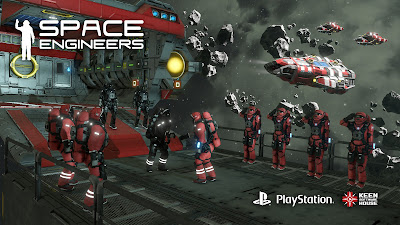 Don't see the topic or answer you are looking for? We hope to address every topic as development continues. Expect regular updates on our progress as we continue development of Space Engineers for PlayStation.

Pre-Orders will receive exclusive access to the Closed Beta as well as the latest DLC pack! 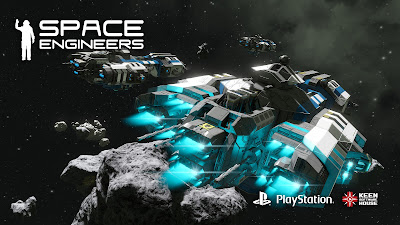 Q: Will the PlayStation version be different from the PC version?
A: Yes, we expect this release to stay true to our vision of Space Engineers and include all of the core features we see on PC. Nevertheless, we had to reduce some complexity and quality settings to deliver the smooth performance on the PlayStation 4 hardware.

Q: Will the PlayStation version be different from the Xbox version?
A: No. Console ports are identical and performing very similarly to their generation counterparts (Xbox One = PlayStation 4, Xbox Series X = PlayStation 5).

Q: When will Space Engineers release on PlayStation?
A: Our tentative release date of the first half of 2023.

Q: What are the advantages of having Space Engineers on PlayStation?
A: We share Space Engineers with more players, the community grows, and more novel creations get created!

We are always impressed by the innovation of our modding community! We would like to thank the Space Engineers community for continuing to inspire us through their ideas, suggestions, and hard work.

If you’re interested in working on awesome games like Space Engineers or our in-house game engine VRAGE3, and love solving unique challenges, we’d love to hear from you! Check out the open positions at Keen Software House and don’t forget to send us your English CV/resume and cover letter. 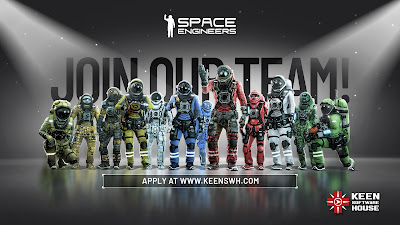 Our team is global.

Finding the best candidates to join Keen Software House means exploring every possible solution, including remote work. While we strive to provide team members with the best possible work-life balance here in Prague at our incredible Oranzerie offices, we understand that it is not always possible to transition, therefore we are very remote-friendly. Here’s a map of where our teammates live. 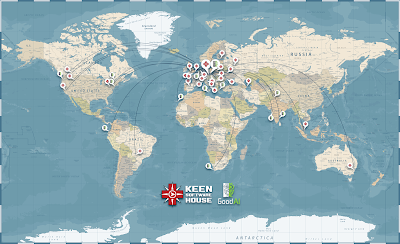 Marek has been interested in game development and artificial intelligence since childhood. He started his career as a programmer but later transitioned to a leadership role. After the success of Keen Software House titles, Marek was able to personally fund GoodAI, to build human-level artificial intelligence.

GoodAI was founded in 2014, with a $10 Million investment from Marek. It now has over 30 research scientists, engineers, and consultants working across its divisions.
Currently, Marek is occupied with the development of Space Engineers, VRAGE3 engine, AI Game, and Memetic Badger.