My vision for the visual style of Space Engineers 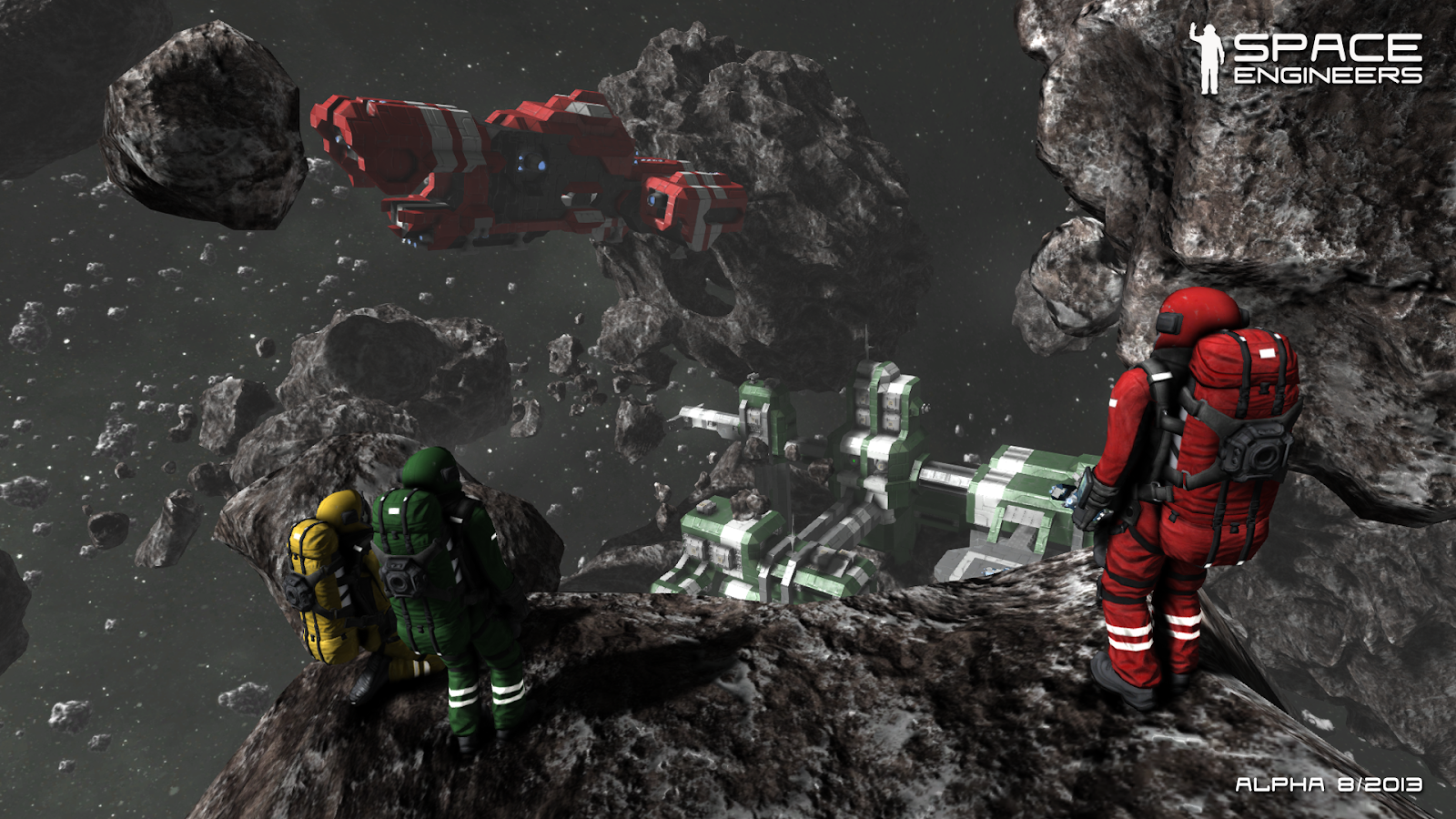 Today’s blog post is based on an internal document which we are using to maintain the signature visual style of Space Engineers from October 2013. Currently, we are working towards making the game’s visuals and marketing closer to that of the original release. This post outlines the key elements of my vision for the visual style of Space Engineers, some of which are already present but there’s others that we still need to focus on.
You can use this information to help you create screenshots for our latest competition which should follow this signature styling. For more details on the competition, click here. This document could also prove useful when designing campaigns, scenarios and mods or even making videos.

One of the main factors making Space Engineers universe unique, is its color palette. And while in-game world can consist of wide variety of all possible colors, major elements (be it ships/ buildings/structures etc) must stay true to this original color scheme. For original Space Engineers, these are the Primary colors: 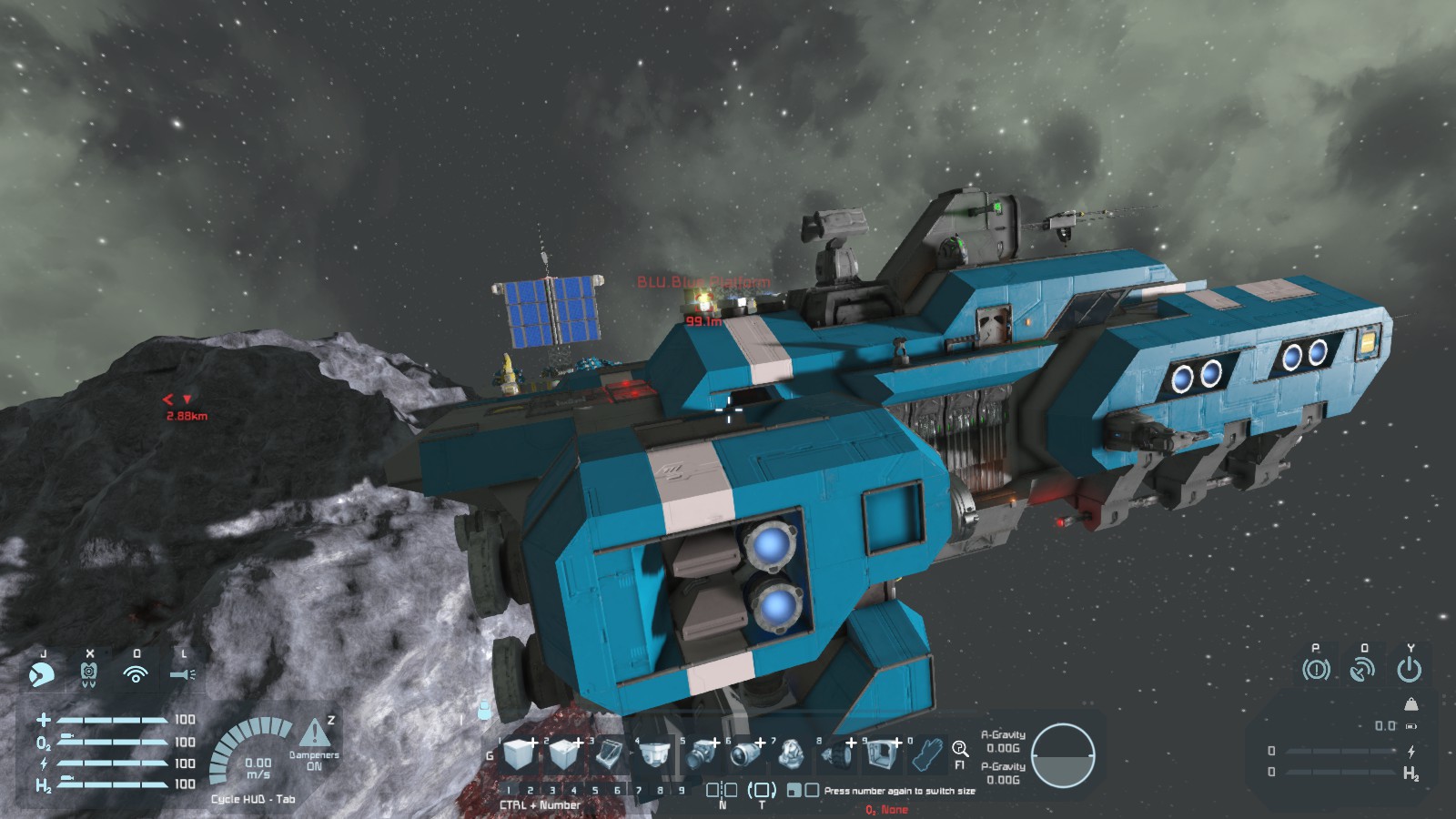 There are also some general rules to maintain the unique look and feel of Space Engineers universe in outer space environment.

In terms of color, we want to have the surrounding skybox to be mostly of monochrome colors. Almost grayscale with a little bit of color tint.

We are trying to avoid super black areas. Even the darkest skybox parts must have some bright values. This is done to make all foreground elements really stand out and be prominent.
Note: this doesn’t mean there won’t be total dark when you enter an enclosed interior area.

Since Space Engineers is all about mining and engineering, surrounding texture pattern must be a kind of mixture of massive dust clusters and a bit of nebulas scattered all around. Also, all elements in the skybox texture must be shaded in rather diffuse, ambient manner without any hint of direct light source like sun or any other. This is done to avoid visual lighting/shadowing conflicts between moving in-game sun and static Skybox elements.
Check the image below: 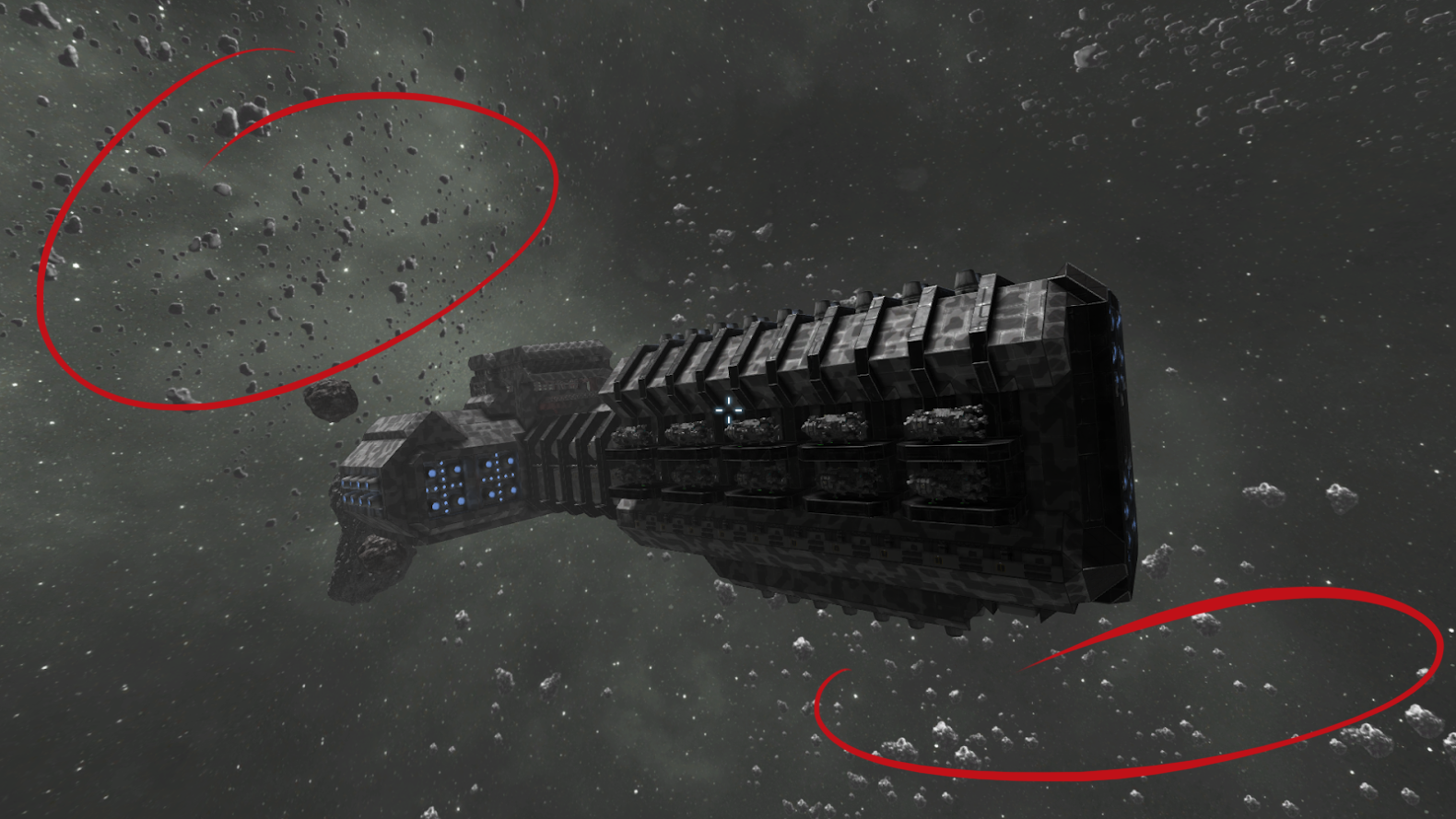 One of the rules for visuals of Space Engineers is to avoid placing elements like asteroids or any other objects in skybox texture which would require natural reaction to lighting from in-game sun.

To maintain consistency and keep general art style of all main ships and structures, all of these elements must contain combination of one or two primary color stripes (doesn’t need to be white only) as shown in the images below. 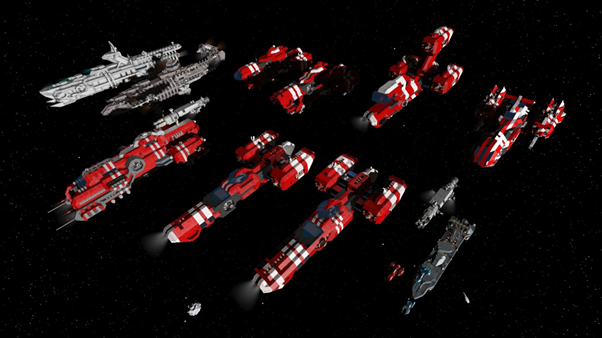 There are some exceptional ships that don’t require the white-stripe pattern. 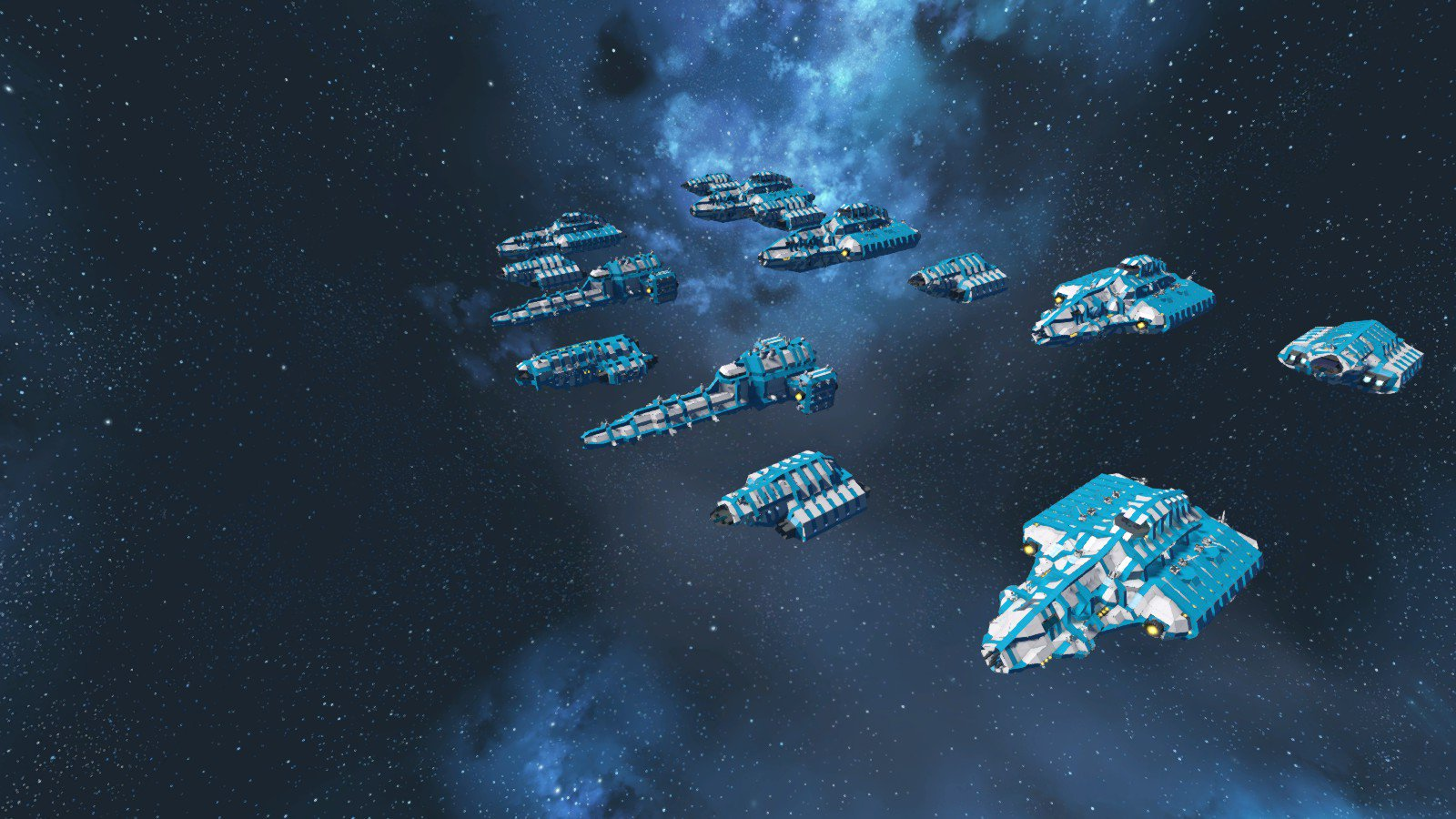 Reference Videos
You can see some videos as a reference for the original visuals: 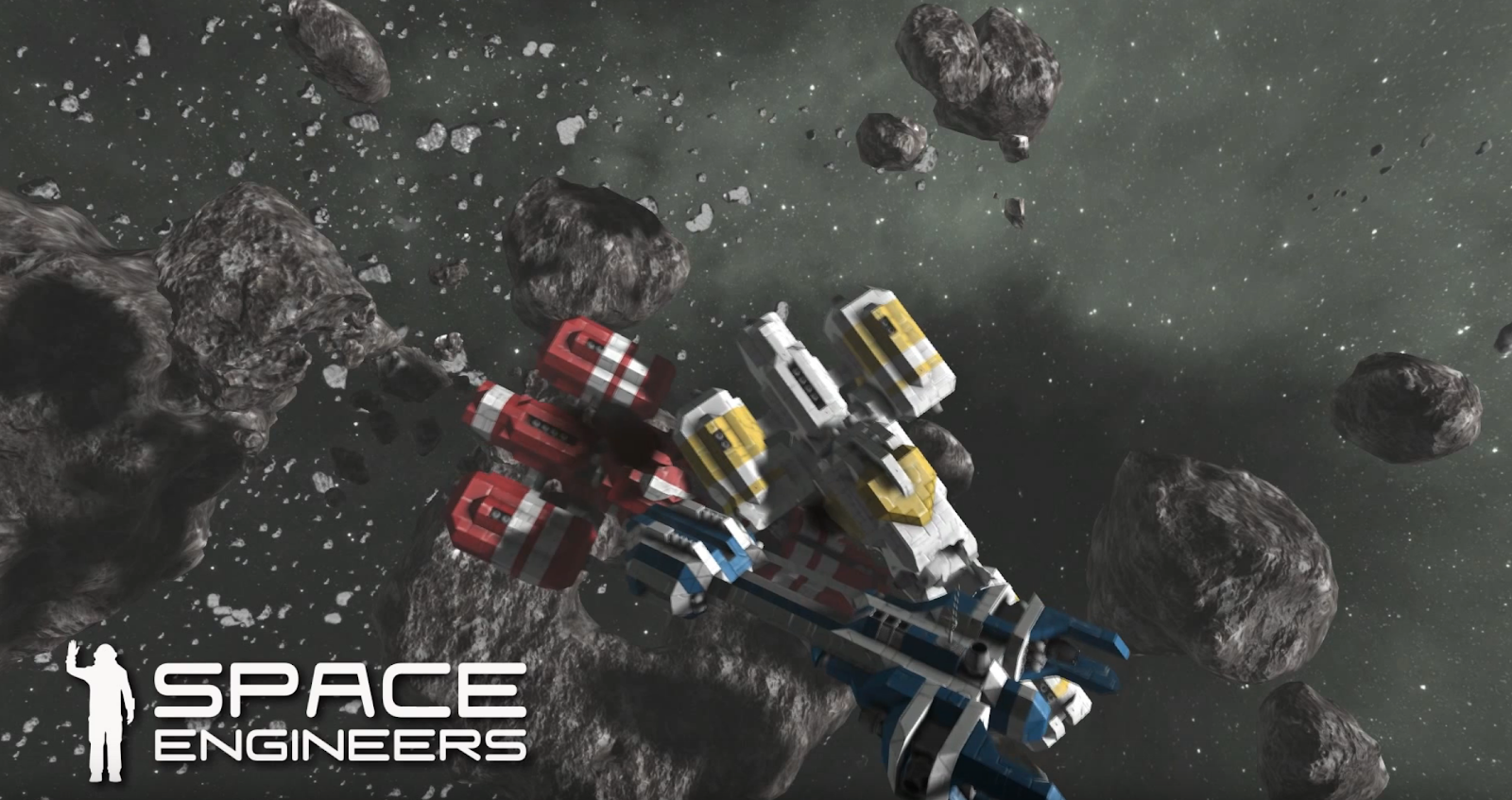 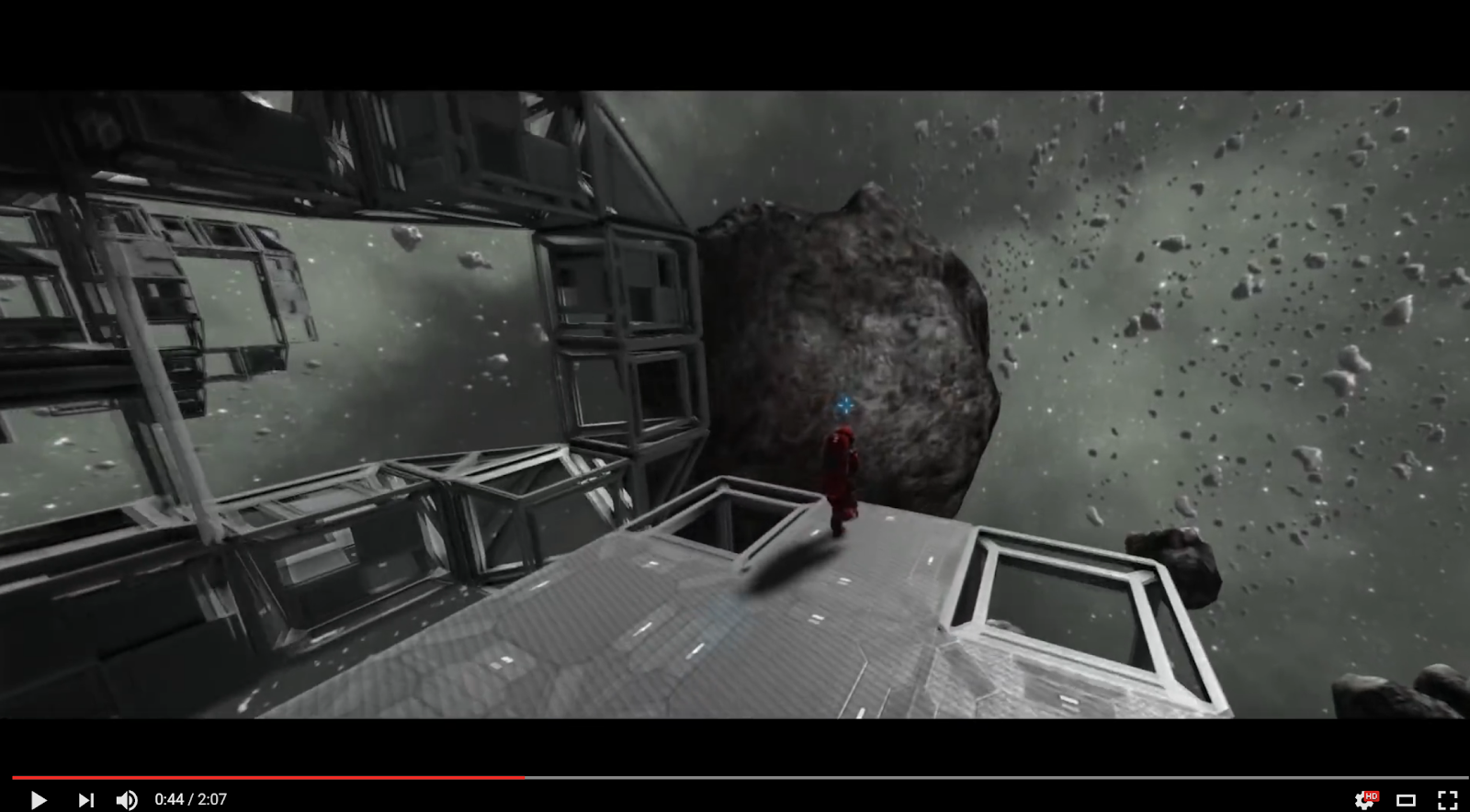 The lights are also very important for our in-game experience. We’re trying to use only white colored light, but if there is some color needed, we try to do it very subtly.
We don’t want to have too many colors in Space Engineers footage - see the pics above, they usually have 3-5 colors maximum. 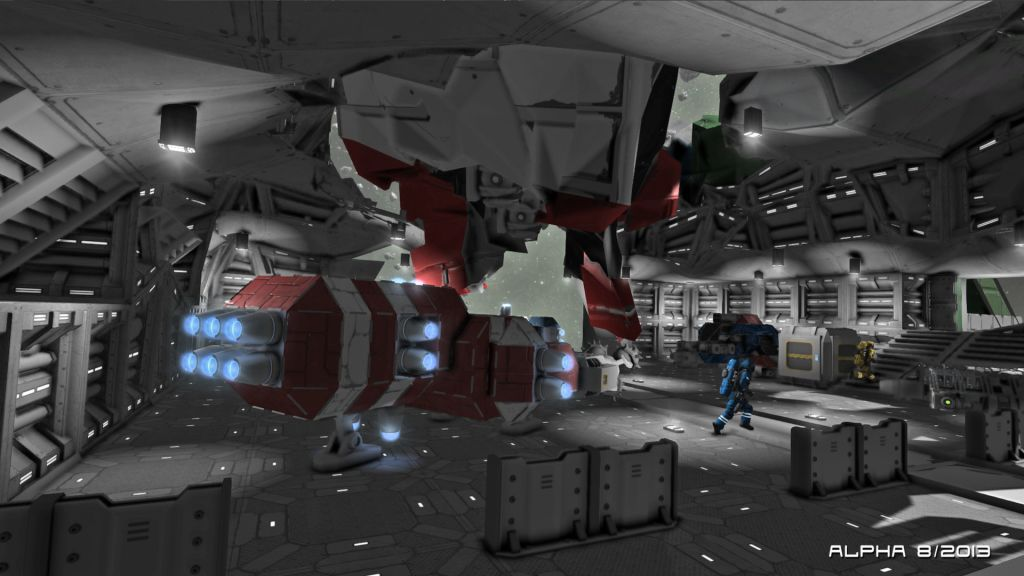 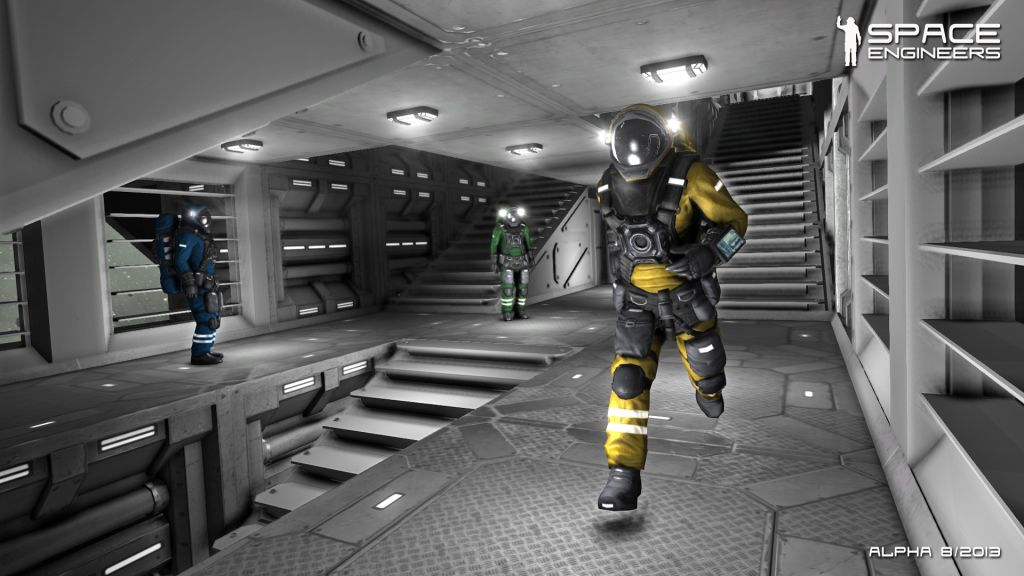 Color Scheme
We try to stick to only one color scheme per setting/environment mostly. It means no multiple, chaotic color combinations in one setting/environment/room. As a general rule of thumb: Use 80/20% or even 90/10% combination when creating lighting scenarios for settings. For example, when lighting a big interior - 80/90% of lights should be of the same color, while you can have some variations/combinations with other colors to portray needed visual in-game guides. 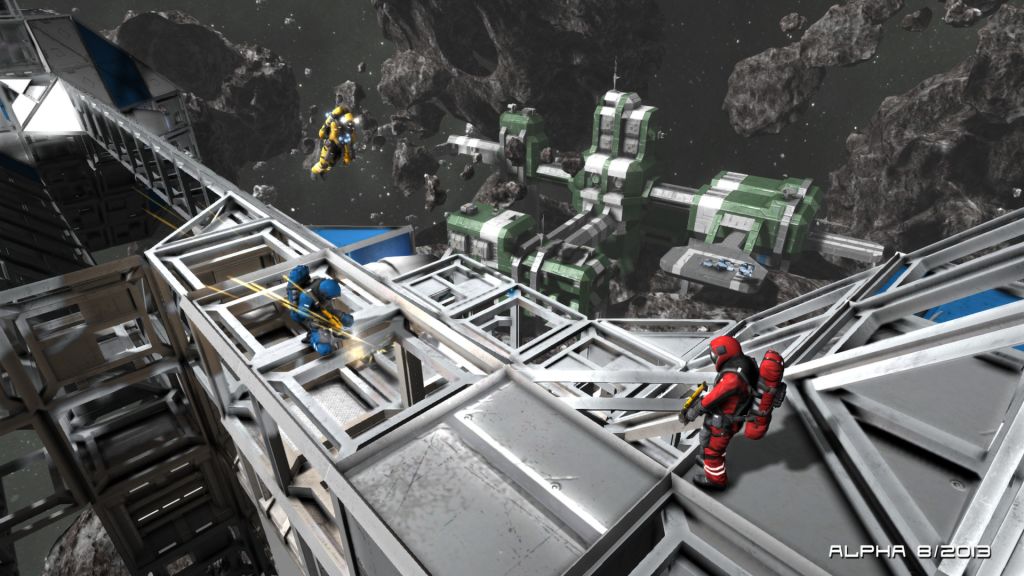 Thank you for reading!Marek RosaCEO and Founder of Keen Software HouseCEO, CTO of GoodAIFor more news:Space Engineers: www.spaceengineersgame.comMedieval Engineers: www.medievalengineers.comGeneral AI Challenge: www.general-ai-challenge.orgAI Roadmap Institute: www.roadmapinstitute.orgGoodAI: www.goodai.comKeen Software House: www.keenswh.comPersonal bio:
Marek Rosa is the CEO and CTO of GoodAI, a general artificial intelligence R&D company, and the CEO and founder of Keen Software House, an independent game development studio best known for their best-seller Space Engineers (2mil+ copies sold). Both companies are based in Prague, Czech Republic. Marek has been interested in artificial intelligence since childhood. Marek started his career as a programmer but later transitioned to a leadership role. After the success of the Keen Software House titles, Marek was able to personally fund GoodAI, his new general AI research company building human-level artificial intelligence, with $10mil.
GoodAI started in January 2014 and has grown to an international team of 20 researchers.