GoodAI and the AI Roadmap Institute have published a report from the AI Race Avoidance Workshop. In the post we have captured some of the main outcomes of the workshop, which was organized by GoodAI with the help of Araya, and took place in October after the AI and Society Symposium in Tokyo.

During the workshop we intended to: 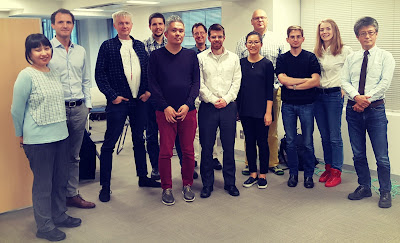 The blog post addresses seven key questions which we discussed

However, the workshop also opened up many more questions which you can find in the blog appendix.

Thank you for reading this,

At this time, Marek is developing both Space Engineers and Medieval Engineers as well as daily research and development on recursive self-improvement based general AI architecture.
Posted by Marek Rosa at 3:03 PM