Space Engineers: Public tests for the Major Overhaul of Survival

Hello, Engineers!
Welcome to Space Engineers in 2019! A lot of new and exciting things will come to light this year.

We are starting the year with the Steam Awards 2018, where Space Engineers was nominated for the Most Fun with a Machine category. Our game was chosen out of 26,000 games on Steam (according to SteamSpy), so I’d like to say a big thank you to all of our fans, for showing your appreciation.

But more importantly, we are starting this year with the finalization of our next major release, the Survival overhaul. The Survival overhaul has been one of our top priorities, so it was specifically planned to be released after we had other key things finished. Over the last 6 years, we have carefully executed our original vision, which hasn’t changed. Moving step by step towards our vision, the survival overhaul is one of those steps. In addition to survival, many new features have been designed to help new players to be introduced to the game and are not specifically focused on existing players.

Survival overhaul is one of the biggest overhauls because until now our main priority was making sure the sandbox elements work properly. We needed to make sure that the physics are stable, multiplayer is reliable, the destruction is working, and so on. With this update, we are evolving from sandbox towards a game. This update is a real game-changer :-)

I’m happy to share that the Survival update is almost ready for release, but before it will go live, we’d like to run public tests with our community. The public tests are planned to start on the 17th of January, 2019 (which is coincidentally my 40th birthday ☺), and will continue until you, and we, are satisfied with the results. The final moment will be the official release of the Major Overhaul of Survival.

We plan to run three or more public tests and we ask you to give us candid feedback about the changes we have implemented in Space Engineers. Our team has been working on this release since July last year, so there are a number of new features, adjustments, and tweaks.

We have touched almost every survival element. There are new blocks such as the Hydrogen Engine, Wind Turbine, Survival Kit, and Small Battery being introduced into the game. I’m happy to say that they are ready for testing. 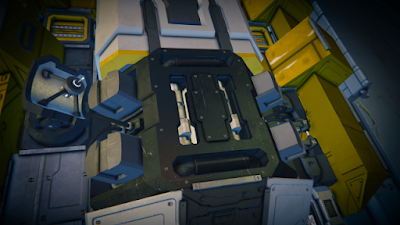 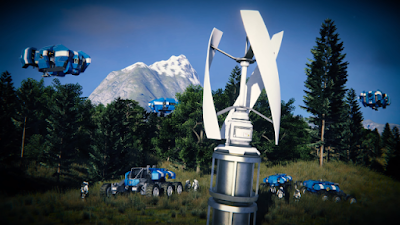 Apart from new blocks, there are other changes I’d like to highlight. We are renaming the Blast Furnace to Basic Refinery and we are adding a new spawning system, where we tried to eliminate the death traveling, which was very often misused in Space Engineers.

Spawn options will now appear for each planet in the world. New spawn ships have been made to add new challenges and players will now respawn at their last used or nearest medical room or survival kit. We will be adding a world option for those who prefer the old respawn system.

We have also updated the planetary and asteroid voxel textures to look more realistic (ore veins and blending with surrounding material), together with trees and vegetation, rebalanced locations and quantity of resources (ore) and updated in-game help. 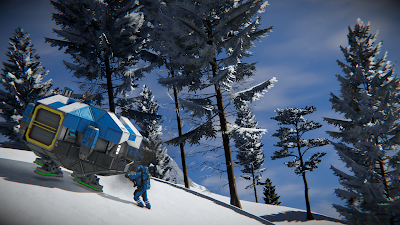 One specific area I’m really happy with is the introduction of new scenarios, which will give you new goals and objectives, as well as help new players learn more about the game. There are two polished scenarios, Learning to Survive and Never Surrender, which will give you some challenging tasks and I hope you’ll enjoy playing them.

Besides new scenarios, we made updates to Cargo Ships and Encounters. We are also adjusting the game advanced settings, we are improving the localization system and Steam workshop integration. Additionally, there are small updates to PCU changes, game chat, building changes, and a new voxel generation system which helps to display voxels properly and make the LOD transitions smoother.

With the new scenarios being introduced to Space engineers, the game now has new goals and challenges for players to explore. These scenarios are designed to help players progress through their Space Engineers career and challenge themselves once they feel confident enough to do so. They can be used to start new games and played repeatedly to test different strategies. These scenarios are nonlinear and how you approach them is up to you or your friends!

For all of the things I’ve just mentioned, you can see, that there was really a huge amount of work done by the team. The main reason for running the public tests is the feedback we’d like to get. It’s crucial for us to know if the changes we made are good and if you see them as improvements. You can provide us with feedback through an in-game survey that will be available at the end of the tests. You can also provide us with any additional suggestions you may have here:
https://support.keenswh.com/spaceengineers/general

The Survival release is going to be another huge step for Space Engineers.