VRAGE’s core feature is volumetricity within the environment. Volumetric objects are structures composed from block-like modules interlocked in a grid.

Volumetric objects behave like real physical objects with mass, inertia and velocity. Individual modules have real volume and storage capacity and can be assembled, disassembled, deformed and destroyed.

For our next generation of the VRAGE engine (VRAGE 3.0) we have started research of water and its simulation. Our expectation is that water will become a major part of available gameplay features in our future games. Our current research goal is to support the realistic behavior of volumetric water, while maintaining good performance and visual quality.

For a more detailed look at our research on VRAGE “Volumetric Water”, please watch the video below:

Volumetric water must be simulated with all possible natural phenomena, on planetary scale, creating flows like rivers and waterfalls, all while still being interactive and allowing players to to fully interact with and manipulate it.

These are the features we consider as a top priority:

There are many features we might consider, like air pressure simulation, inner flows, vortices, viscosity, water color, gas / air tightness, lava, acids, moving sands, siphoning, AI simulation, and many others.

There are basically two main approaches used for liquid/fluid simulation. Both of them attempt to simulate water based on famous Navier-Stokes equations describing flow of incompressible liquids.

Based on simulation of a high amount of small particles. By their interaction with each other the effect of flowing liquid is created.

Grid based simulation where there is a mass and physical properties in every cell. Every cell interacts with its direct neighbors and this creates the effect of a “flow”.
Pros:
Cons:

Combinations of particle and grid based approach

Unfortunately, all the above research tends to simulate either fast limited fluids, or slow high-quality simulations. Although they look great, they focus on offline rendering (movies, static images) and a limited scale of simulation (basins, aquariums). Large scale simulations are simulated with approximation approaches like height cells or shallow water simulation.

We would like to present you our solution, which is based on ongoing research and prototypes we have created. It is far from a final implementation but it already contains some expected behavior and it is even fun to play with.
Combination of particle and grid based approach
We use Center of mass (COM) in every cell, which can also be seen as one particle per cell. These are main properties of our system:
Every cell has these physical properties: 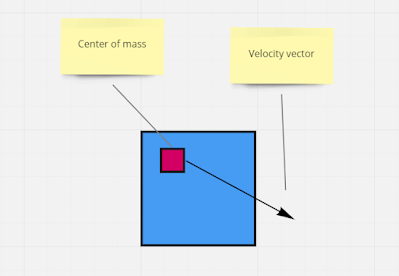 We found this technique to be so far the great compromise between features we need and a performance of the algorithm.
Fluid simulation forced to behave as liquid
These principles are similar to those used in fluid simulation. We use proper forces to keep the “fluid” liquid and simulate water behaviors.
To be able to correctly simulate surface equalization with pressure, we had to make our water compressible. That means the deeper the cell is, more water is stored in the cell.
Basic algorithm steps
First cell velocities are calculated from forces applied to cells. Then an advection step is executed where diffusion for every cell is applied. After these calculations, new values are copied to the content buffer.

To simulate the basic natural phenomenons we use these forces:
There is an indefinite amount of other forces possible, like friction/viscosity, thruster forces, wind, pumps, turbines.. Each of them adds more immersivity and natural behavior to the water, on the other hand it increases the performance cost of the algorithm.

Gravity is a point centric force with different direction per cell. We need to consider all special cases which can appear in our games, thus our requirements for gravity are very similar to natural force.

Pressure force determines water volume distribution, it tries to keep the amount of water in every cell the same. The result of this force is that water is not squeezed into several cells and it fills empty spaces much quicker, including situations like U-bend etc.

Surface tension is a force pushing against the water surface to keep the water in the globule shape. This effect is the most visible in zero gravity, where it creates nice dynamic blobs.
With surface tension the behavior can sometimes also mimic water blobs on the window glass.

Thanks to grid based algorithm it is very easy to find neighbors to every cell. Every iteration the water is spread to these neighbors by an amount given by diffusion radius. With diffusion we can easily simulate phenomenons like mist, steam or gas. The principles of diffusion are:
4 Directions (Up, Down, Left, Right)
If not limited, water always evaporates into mist
Expansion only to direct neighbors
Amount is determined by diffusion radius
The spread area center is given by COM and the cell velocity, where COM is the start of the vector and the end of the vector is the center of diffusion area.

All presented content is work in progress and subject to change. Currently our goal is to scale up water simulation to planetary level. For the prototype we use accelerated octree structure for solids and manual level of details (LOD) for the water.

During the development there are also some unexpected situations where you introduce not planned behavior. Check out the most interesting ones!

We continue improving large scale water simulation, which includes more sophisticated methods of LOD switching, arbitrary grid resolution etc. It is possible to combine more water optimization techniques together. Next priorities for us are:

We are always impressed by the innovation of our modding community! We would like to thank the Space Engineers community for continuing to inspire us through their ideas, suggestions, and hard work.

Our team is global.

Finding the best candidates to join Keen Software House means exploring every possible solution, including remote work. While we strive to provide team members with the best possible work-life balance here in Prague at our incredible Oranzerie offices, we understand that it is not always possible to transition, therefore we are very remote friendly. Here’s a map of where our teammates live. 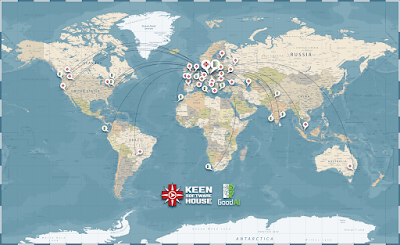 Petr Minařík is lead programmer at Keen Software House, an independent game development studio best known for its best-seller Space Engineers (over 4 million copies sold). Petr is a former leader of the team who successfully developed and released Space Engineers, and who developed the most important parts of its codebase.

Petr has been interested in programming since his childhood, when he earned money by gathering old paper and bought Didaktik Gama, national clone of ZX Spectrum. He spent three years in 2K Czech working on Mafia 2 at various programming positions until the game was released. Then he started to work in Keen Software House with Marek Rosa on his game Miner Wars and during the last 11 years he has helped make Space Engineers unforgettable and the company famous. Petr loves solving challenging problems, especially those which everyone says it is impossible to solve.

At this time, Petr is working on the next generation of VRAGE engine, focused on liquid and fluid simulation.